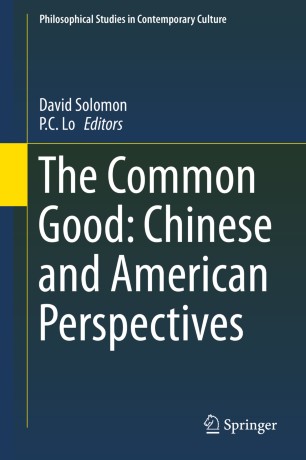 This book addresses the Confucian philosophy of common good and deals with the comparative philosophy on eastern and western understandings of common good. The common good is an essentially contested concept in contemporary moral and political discussions.  Although the notion of the common good has a slightly antique air, especially in the North Atlantic discussion, it has figured prominently in both the sophisticated theoretical accounts of moral and political theory in recent years and also in the popular arguments brought for particular political policies and for more general orientations toward policy. It has been at home both in the political arsenal of the left and the right and has had special significance in ethical and political debates in modern and modernizing cultures.  This text will be of interest to philosophers interested in Chinese philosophy and issues related to individualism and communitarianism, ethicists and political philosophers, comparative philosophers, and those in religious studies working on Chinese religion.