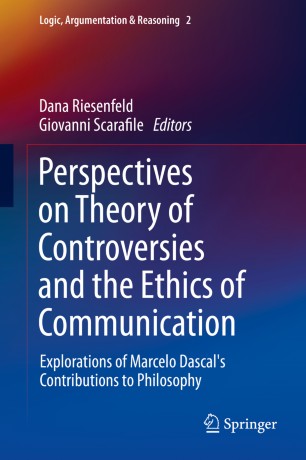 Perspectives on Theory of Controversies and the Ethics of Communication

Assembling an unprecedented range of considered responses to the noted contributions to philosophy made by Marcelo Dascal, this collection comprises the work of his many friends, colleagues and former students. Beginning with a series of articles on Dascal’s influential insights on philosophical controversy, this volume continues with explorations of Dascal’s celebrated scholarship on Liebnitz, before moving on to papers dealing with his philosophy of language, including interpretations by Dresner and Herring on the phenomenon of emoticons. Taken as a whole, they provide a compelling commentary on Dascal’s prolific and voluminous publications and include fresh perspectives on the theory of argumentation and the ethics of communication.

The material collected here extends to political philosophy, such as Morris-Reich's paper exploring the ways in which German social scientists confront issues of antisemitism, the psychology of genius, and the origins of norms in society and culture. Much of the analysis is directly connected to, or influenced by, the philosophical themes, ideas and concepts developed throughout the years by Marcelo Dascal, while others have a looser connection to his work. All of them, however, attest to the remarkable and multifaceted philosophical persona of Marcelo Dascal, who is the guiding light of the rich conceptual dialogue running through this book. ​