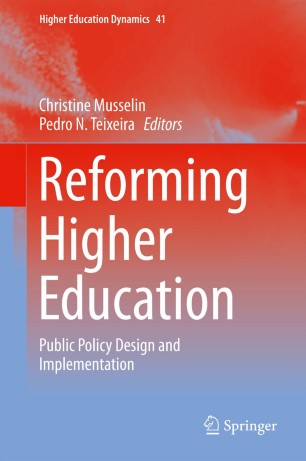 This book analyzes the reforms that led to a differentiated landscape of higher education systems after university practices and governance were considered poorly adapted to contemporary settings and to their new missions. This has led to a growing institutional differentiation in many higher education systems. This differentiation has certainly contributed to making the institutional landscape more diverse across and within higher education systems. This book covers this diversity. Each part corresponds to a different but complementary way of looking at reforms and highlights what can be learnt on specific cases by adopting a specific perspective. The first part analyzes the ongoing reforms and their evolution, identifies their internal contradictions, as well as the redefinitions and reorientations they experience, and reveals the ideas, representations, ideologies and theories on which they are built. The second part includes comparison between countries but also other comparative perspectives such as how one reform is developed in different regions of the same country, as well as how comparable reforms are declined to different sectors. The last part addresses the impact of the reforms. What is known about the effectiveness of such instruments on higher education systems? This part shows that reforms provoke new power games and reconfigure power relations.