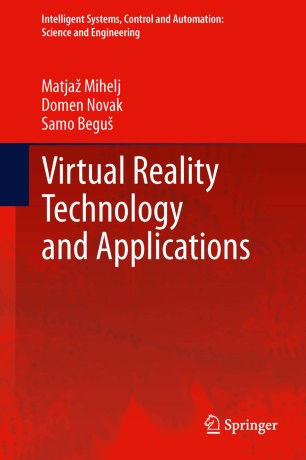 As virtual reality expands from the imaginary worlds of science fiction and pervades every corner of everyday life, it is becoming increasingly important for students and professionals alike to understand the diverse aspects of this technology. This book aims to provide a comprehensive guide to the theoretical and practical elements of virtual reality, from the mathematical and technological foundations of virtual worlds to the human factors and the applications that enrich our lives: in the fields of medicine, entertainment, education and others.
After providing a brief introduction to the topic, the book describes the kinematic and dynamic mathematical models of virtual worlds. It explores the many ways a computer can track and interpret human movement, then progresses through the modalities that make up a virtual world: visual, acoustic and haptic. It explores the interaction between the actual and virtual environments, as well as design principles of the latter. The book closes with an examination of different applications, focusing on augmented reality as a special case. Though the content is primarily VR-related, it is also relevant for many other fields.

“Virtual Reality Technology and Applications is a fascinating book about virtual reality. It includes both primary and professional information for understanding current technologies and trends for creating VR environments. … This book is a good primer for learning about practical and theoretical aspects of virtual reality. … I highly recommend this book if you are beginning a VR career or need to learn about VR.” (Jeff Thurston, 3dvisworld.com, April, 2014)