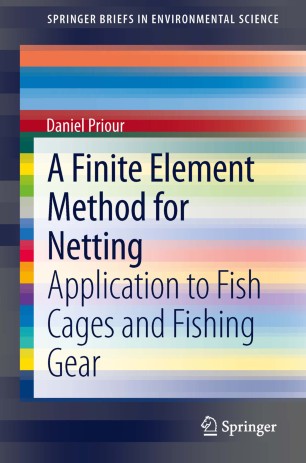 A Finite Element Method for Netting

This book fully describes a finite element method for netting. That describes the relation between forces and deformation of the netting. That takes into account forces due to the twine elasticity, the hydrodynamic forces, the catch effect, the mesh opening stiffness. This book is divided in 5 parts. The first section contains introduction on the finite element method, the second part is about equilibrium calculation, the third presents a triangular element for netting, the fourth and fifth are for cable and node element. The sixth presents few validation cases.​