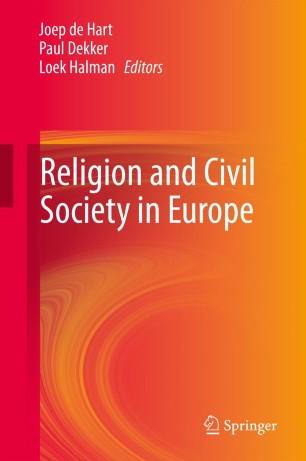 Religion and Civil Society in Europe

Religion is back again in Europe after never having been gone. It is manifest in the revival of religious institutions and traditions in former communist countries, in political controversies about the relationship between the church(es) and the state and about the freedom of religion and the freedom to criticize religion, and in public unease about religious minorities. This book is about religion and civil society in Europe. It moves from general theoretical and normative approaches of this relationship, via the examination of national patterns of religion-state relations, to in-depth analyses of the impact of religion and secularization on the values, pro-social attitudes and civic engagement of individuals. It covers Europe from the Lutheran North to the Catholic South, and from the secularized West to the Orthodox East and Islamic South-East with comparative analyses and country studies, concluding with an overall Europe-USA comparison.