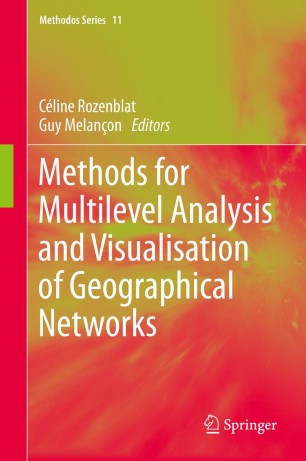 Methods for Multilevel Analysis and Visualisation of Geographical Networks

This leading-edge study focuses on the latest techniques in analysing and representing the complex, multi-layered data now available to geographers studying urban zones and their populations. The volume tracks the successful results of the SPANGEO Project, which was set up in 2005 to standardize, and share, the syncretic, multinational mapping techniques already developed by geographers and computer scientists. SPANGEO sought new and responsive ways of visualising urban geographical and social data that reflected the fine-grained detail of the inputs. It allowed for visual representation of the large and complex networks and flows which are such an integral feature of the dynamism of urban geography.   SPANGEO developed through the ‘visual analytics loop’ in which geographers collaborated with computer scientists by feeding data into the design of visualisations that in turn spawned the urge to incorporate more varied data into the visualisation. This volume covers all the relevant aspects, from conceptual principles to the tools of network analysis and the actual results flowing from their deployment. Detailed case studies set out in this volume include spatial multi-level analyses of flows in airports and sea ports, as well as the fascinating scientific networks in European cities. The volume shows how the primary concern of geography—the interaction of society with physical space—has been revivified by the complexities of new cartographical and statistical methodologies, which allow for highly detailed mapping and far more powerful computer analysis of spatial relationships.