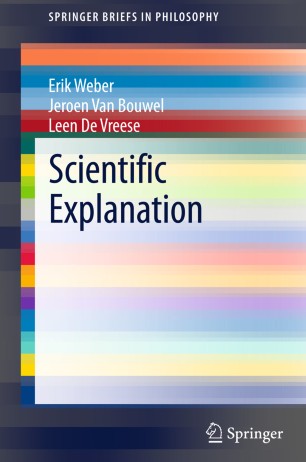 When scientist investigate why things happen, they aim at giving an explanation. But what does a scientific explanation look like? In the first chapter (Theories of Scientific Explanation)  of this book, the milestones in the debate on how to characterize scientific explanations are exposed. The second chapter (How to Study Scientific Explanation?) scrutinizes the working-method of three important philosophers of explanation, Carl Hempel, Philip Kitcher and Wesley Salmon and shows what went wrong. Next, it is the responsibility of current philosophers of explanation to go on where Hempel, Kitcher and Salmon failed. However, we should go on in a clever way. We call this clever way the pragmatic approach to scientific explanation and clarify briefly what this approach consists in. The third chapter (A Toolbox for Describing and Evaluating Explanatory Practices) elaborates the pragmatic approach by presenting a toolbox for analysing scientific explanation. In the last chapter (Examples of Descriptions and Evaluations of Explanatory Practices) the approach is illustrated with real-life examples of scientists aiming at explaining.

This book can be used as a textbook for intermediate philosophy of science courses and is also valuable as “suggested reading” for introductory courses in philosophy of science. The way the book is set up makes it an excellent study and research guide for advanced (MA and PhD) students that work on the topic of scientific explanation. Finally, it is a handy source and reference book for senior researchers in the field of scientific explanations and – more generally – for all philosophers of science.  ​