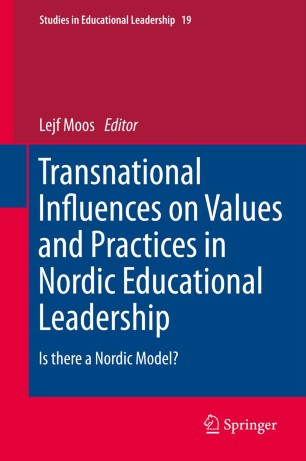 Transnational Influences on Values and Practices in Nordic Educational Leadership

Is there a Nordic Model?

This book explores to what extent transnational influences change national/local values and practices in the Nordic educational systems. It provides country cases and thematic chapters that give nuanced insights into the influence of transnational agencies on national governance and discourses. It describes how national discourses and regulation influences school leadership values, culture and practice, in competition with traditional values.

The transnational and global discourse on educational leadership is mostly formed according to Anglo-American thinking and tradition. Pivotal foundations of this discourse are strong hierarchical societies/class societies with liberal democracies, and clearly streamed education systems. The Nordic discourse, however, builds on a more equal society and flat hierarchies with participatory democracy, and on comprehensive schooling with strong local community roots. Leadership thinking and practices are formed by the culture and context they are part of: they are primarily shaped by the national/local values, traditions and practices, and only partially shaped by politics, discourses and literature. Due to the fact that a great deal of the literature that is being used in the Nordic contexts is of Anglo-American origin and many of the research projects have Anglo-American foundations, it is difficult to distinguish the sources for leadership thinking and practice. This book distinguishes the Nordic from the Anglo-American thinking and presents important findings and arguments for leadership practitioners inside as well as outside the Nordic countries.​