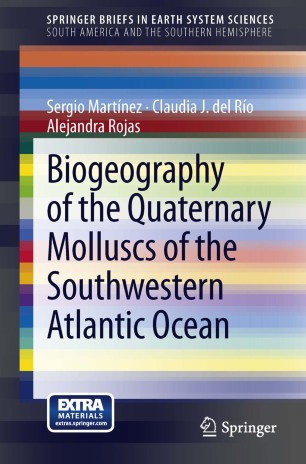 Biogeography of the Quaternary Molluscs of the Southwestern Atlantic Ocean

The Quaternary comprises a brief time in the Earth’s history, and apart from a few exceptions, molluscan assemblages recovered from exposures along the coast of Southwestern South America (Southern Brazil, Uruguay, Argentina) are essentially the same than those that inhabit the region today, leading to the assumption that no important change in the distribution of the faunas since Pleistocene times has occurred. However, the good taxonomic and temporal resolution reached in the last years, allowed us to detect some biogeographic changes, although traditional biogeographic units remain the same (i.e. Magellanic and Argentinean Provinces). These modifications involve mainly variations in the taxonomic composition of the assemblages and in the southern boundaries of some species distributions (extralimital species), today retracted northwards. These changes are related to southward shifts of the warm waters of the Brazilian Current, correlated with global warm peaks. This phenomenon was more intense in the Late Pleistocene (MIS 5e) and in the Holocene between ca. 6500-3500 14C yr.