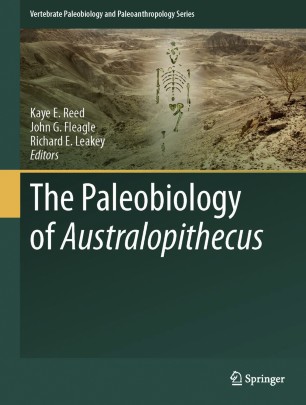 The Paleobiology of Australopithecus

Australopithecus species have been the topic of much debate in palaeoanthropology since Raymond Dart described the first species, Australopithecus africanus, in 1925.  This volume synthesizes the geological and paleontological context of the species in East and South Africa, covers individual sites, such as Dikika, Hadar, Sterkfontein, and Malapa, debates the alpha taxonomy of some of the species, and addresses questions of the movements of the species across the continent.  Additional chapters discuss the genus in terms of sexual dimorphism, diet reconstruction – using microwear and isotopic methodologies, postural and locomotor behavior, and ontogeny.

Kaye Reed focuses on community ecology to understand the framework of Pliocene hominin evolution and the interactions of living primates. She is currently exploring how changing environments affect Australopithecus evolution in Ethiopia. She also conducts research in South Africa to understand hominin landscape use along the west coast.