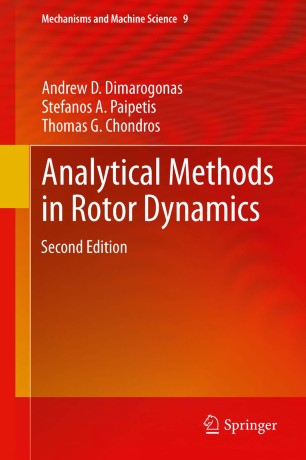 The design and construction of rotating machinery operating at supercritical speeds was, in the 1920s, an event of revolutionary importance for the then new branch of dynamics known as rotor dynamics. In the 1960s, another revolution occurred: In less than a decade, imposed by operational and economic needs, an increase in the power of turbomachinery by one order of magnitude took place. Dynamic analysis of complex rotor forms became a necessity, while the importance of approximate methods for dynamic analysis was stressed. Finally, the emergence of fracture mechanics, as a new branch of applied mechanics, provided analytical tools to investigate crack influence on the dynamic behavior of rotors.

The scope of this book is based on all these developments. No topics related to the well-known classical problems are included, rather the book deals exclusively with modern high-power turbomachinery.