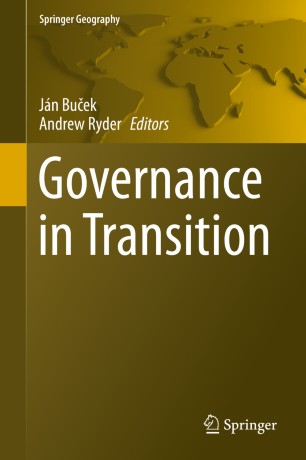 Since the 1980s, there has been a global trend to give more power to local governments.  Even in Korea and the United Kingdom, the most centralised countries in the OECD, local government powers have increased, with substantial economic benefits. Within the European Union, the principle of subsidiarity has enshrined the idea of devolution.  New member states, particularly in central and eastern Europe, have significantly created new and self-sufficient local and regional governments. However, this process has been complicated.  Devolution is not a panacea in its own right, and need not lead to economic growth. While it can encourage savings through  collaboration, it can also lead to confused lines of authority and can complicate policy formation and implantation. Devolution can strain local budgets, forcing local governments to rely on their own sources of finance, rather than central government transfers. Suburbanisation, rural depopulation, the growth of some regions, and the decline of others have raised new problems, particularly related to inter-governmental cooperation among local governments and different levels of government. In many cases, an increased number of governments has increased administrative costs. This book looks at experience in government restructuring and devolution from a variety of national and international perspectives, both within the European Union and elsewhere, focusing on lessons learned and ways forward.