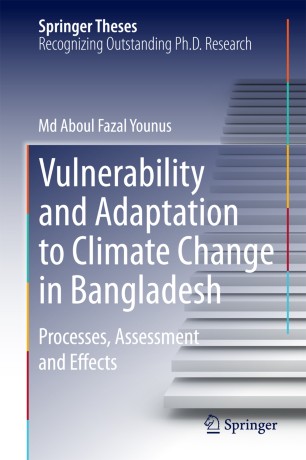 Vulnerability and Adaptation to Climate Change in Bangladesh

The IPCC (2007 and 2014) warned that the Ganges Brahmaputra Meghna (GBM) basin will be at greatest risk due to increased flooding, and that the region’s poverty would reduce its adaptation capacity. This book investigates autonomous adaptation using a multi-method technique comprising PRA and a questionnaire survey applied in the case study area ‘Islampur’ Upazila in Bangladesh.

ood vulnerable communities in Bangladesh. Anyone wishing to fully understand the impact of climate change should read the book.