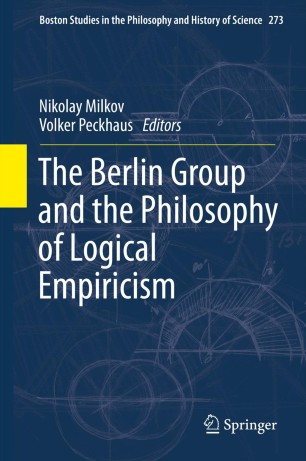 The Berlin Group and the Philosophy of Logical Empiricism

Part of the Boston Studies in the Philosophy and History of Science book series (BSPS, volume 273)

The Berlin Group for scientific philosophy was active between 1928 and 1933 and was closely related to the Vienna Circle. In 1930, the leaders of the two Groups, Hans Reichenbach and Rudolf Carnap, launched the journal Erkenntnis. However, between the Berlin Group and the Vienna Circle, there was not only close relatedness but also significant difference. Above all, while the Berlin Group explored philosophical problems of the actual practice of science, the Vienna Circle, closely following Wittgenstein, was more interested in problems of the language of science. The book includes first discussion ever (in three chapters) on Walter Dubislav’s logic and philosophy. Two chapters are devoted to another author scarcely explored in English, Kurt Grelling, and another one to Paul Oppenheim who became an important figure in the philosophy of science in the USA in the 1940s–1960s. Finally, the book discusses the precursor of the Nord-German tradition of scientific philosophy, Jacob Friedrich Fries.