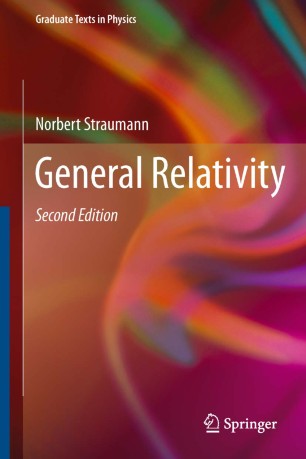 This book provides a completely revised and expanded version of the previous classic edition ‘General Relativity and Relativistic Astrophysics’. In Part I the foundations of general relativity are thoroughly developed, while Part II is devoted to tests of general relativity and many of its applications. Binary pulsars – our best laboratories for general relativity – are studied in considerable detail. An introduction to gravitational lensing theory is included as well, so as to make the current literature on the subject accessible to readers. Considerable attention is devoted to the study of compact objects, especially to black holes. This includes a detailed derivation of the Kerr solution, Israel’s proof of his uniqueness theorem, and a derivation of the basic laws of black hole physics. Part II ends with Witten’s proof of the positive energy theorem, which is presented in detail, together with the required tools on spin structures and spinor analysis. In Part III, all of the differential geometric tools required are developed in detail.

A great deal of effort went into refining and improving the text for the new edition. New material has been added, including a chapter on cosmology. The book addresses undergraduate and graduate students in physics, astrophysics and mathematics. It utilizes a very well structured approach, which should help it continue to be a standard work for a modern treatment of gravitational physics. The clear presentation of differential geometry also makes it useful for work on string theory and other fields of physics, classical as well as quantum.