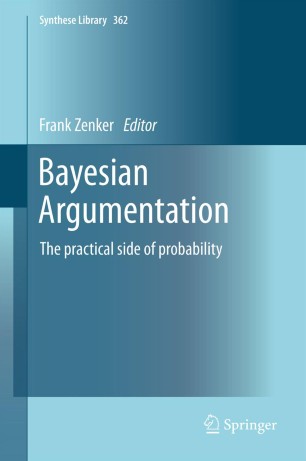 The practical side of probability

Relevant to, and drawing from, a range of disciplines, the chapters in this collection show the diversity, and applicability, of research in Bayesian argumentation. Together, they form a challenge to philosophers versed in both the use and criticism of Bayesian models who have largely overlooked their potential in argumentation. Selected from contributions to a multidisciplinary workshop on the topic held in Lund, Sweden, in autumn 2010, the authors count legal scholars and cognitive scientists among their number, in addition to philosophers. They analyze material that includes real-life court cases, experimental research results, and the insights gained from computer models.

The volume provides a formal measure of subjective argument strength and argument force, robust enough to allow advocates of opposing sides of an argument to agree on the relative strengths of their supporting reasoning. With papers from leading figures such as Mike Oaksford and Ulrike Hahn, the book comprises recent research conducted at the frontiers of Bayesian argumentation and provides a multitude of examples in which these formal tools can be applied to informal argument. It signals new and impending developments in philosophy, which has seen Bayesian models deployed in formal epistemology and philosophy of science, but has yet to explore the full potential of Bayesian models as a framework in argumentation. In doing so, this revealing anthology looks destined to become a standard teaching text in years to come.