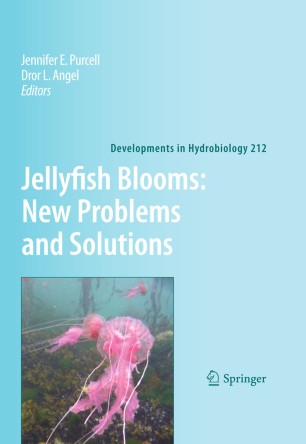 Interactions with humans and fisheries

Part of the Developments in Hydrobiology book series (DIHY, volume 220)

Jellyfish generally are considered to be nuisances because they interfere with human activities by stinging swimmers, clogging power plant intakes and nets of fishermen, killing fish in aquaculture pens, and being both predators and competitors of fish. There is concern that environmental changes such as global warming, eutrophication, over-fishing, and coastal construction may benefit jellyfish populations. During this past decade following the first Jellyfish Blooms volume, some species have bloomed more frequently, expanded their range, and caused more problems for humans. Mnemiopsis leidyi, the ctenophore that invaded the Black Sea in the 1980s and damaged fisheries, now also blooms in the North, Baltic, and Mediterranean seas. Nemopilema nomurai, a giant Asian jellyfish, has bloomed frequently during this decade, causing severe damage to the Japanese fishing industry. Jellyfish Blooms: Interactions with Humans and Fisheries is the fourth volume in this series. Syntheses and original research articles address the question if jellyfish have increased globally and what factors may have contributed to the abundance of jellyfish. This volume is the most extensive to date, containing papers from all continents (except Antarctica) on scyphozoans, hydrozoans, cubozoans, staurozoans, and ctenophores, and on the fate of jellyfish blooms. This is a key reference for students and professional marine biologists, oceanographers, and fishery scientists and managers.Previously published in Hydrobiologia, vol. 690, 2012