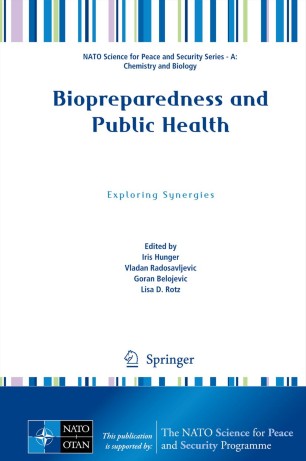 The terrorist use of diseases as bioweapons has been one of the major security concerns in recent years, particularly after the anthrax letter attacks in the USA in 2001. This uncertain threat of intentional outbreaks of diseases exists side by side with the constantly changing very real threat from diseases, epidemics and pandemics as recently illustrated by the H1N1 influenza pandemic, SARS, and H5N1 bird influenza events.

This publication contains case studies on the public health planning for (un)usual disease outbreaks for 11 large and small countries with a focus on South Eastern Europe. In many countries, military entities traditionally play an important role in emergency response to disease outbreaks. In smaller countries, very little exists, however, in terms of specific biopreparedness efforts (in both the military and civilian area), which is at least partly due to a relatively low bioterrorism threat perception, and serious resource constraints.

The uncertainty associated with the bioterrorism threat makes public health preparedness planning for such events politically and financially very difficult. The similarity of responding to bioterrorism events and natural disease outbreaks from a public health point of view suggests the merit of looking at biopreparedness as a part of overall health emergency planning, not as a separate effort.