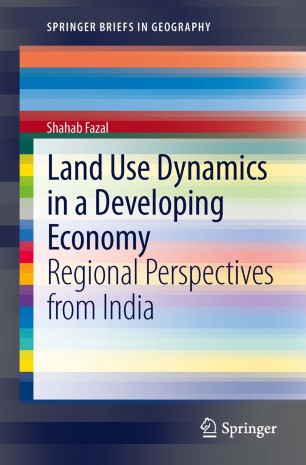 Land Use Dynamics in a Developing Economy

Today, India still remains a rural agricultural country although the share of urban population has also increased. But these figures do not tell the whole story. There are evidences that urban growth is dispersed and urban sprawl promotes the spread of urban land use into the rural-urban fringe.

The book investigates the land transformation and the driving forces which were influencing the land transformation. The present study was done on peri urban interface (PUI) of Aligarh city, a relatively small city, but as other north Indian cities, it is also expanding rapidly. Moreover, it too is surrounded by a populous rural area with productive and rich agricultural hinterland. Such conditions give rise to many conflicts and mutually beneficial complementarities in the rural and urban spheres.

The result shows that the demand for land is high. This results in informal urban development fulfilling the requirements of many of the city’s residents. Every piece of land is a tradable commodity, and the pursuit of short-term profits is the predominant ethic. The actors in PUI are strong because it is characterized by intermixing of rural and urban activities and interests as well as the number of actors are greater than in any other area.

Dr. Shahab Fazal is Associate Professor at the Department of Geography in Aligarh Muslim University. Dr. Fazal is an active researcher and availed several international fellowships like DST-DAAD Fellowship (2000-2001), Commonwealth Fellowship (2004) and Shastri Fellowship (2003 & 2009). Currently he is leading an international research project in collaboration with Montreal University and McGill University, Canada. He has published 10 books and 45 research articles in various national and international journals of repute. He recently has been awarded a prestigious Research Fellowship by Netherland Academy of Science (NWO), Government of Netherland. Dr. Fazal is conducting research on Livelihood Transformations in the urban Fringe of Netherlands Cities. He is affiliated with Faculty of Geosciences, Utrecht University as Visiting Professor.