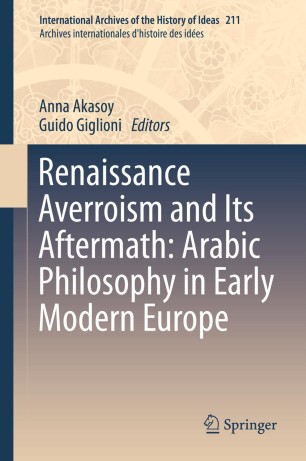 While the transmission of Greek philosophy and science via the Muslim world to western Europe in the Middle Ages has been closely scrutinized, the fate of the Arabic philosophical and scientific legacy in later centuries has received less attention, a fault this volume aims to correct. The authors in this collection discuss in particular the radical ideas associated with Averroism that are attributed to the Aristotle commentator Ibn Rushd (1126-1198) and challenge key doctrines of the Abrahamic religions.

This volume examines what happened to Averroes’s philosophy during the sixteenth, seventeenth and eighteenth centuries. Did early modern thinkers really no longer pay any attention to the Commentator? Were there undercurrents of Averroism after the sixteenth century? How did Western authors in this period contextualise Averroes and Arabic philosophy within their own cultural heritage? How different was the Averroes they created as a philosopher in a European tradition from Ibn Rushd, the theologian, jurist and philosopher of the Islamic tradition?