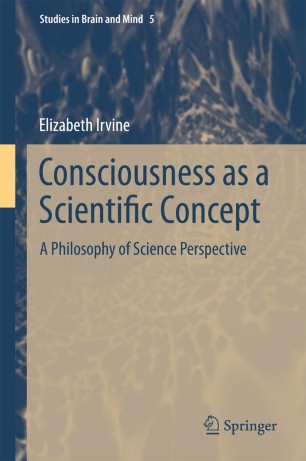 Consciousness as a Scientific Concept

A Philosophy of Science Perspective

Part of the Studies in Brain and Mind book series (SIBM, volume 5)

The source of endless speculation and public curiosity, our scientific quest for the origins of human consciousness has expanded along with the technical capabilities of science itself and remains one of the key topics able to fire public as much as academic interest. Yet many problematic issues, identified in this important new book, remain unresolved. Focusing on a series of methodological difficulties swirling around consciousness research, the contributors to this volume suggest that ‘consciousness’ is, in fact, not a wholly viable scientific concept.  Supporting this ‘eliminativist‘ stance are assessments of the current theories and methods of consciousness science in their own terms, as well as applications of good scientific practice criteria from the philosophy of science. For example, the work identifies the central problem of the misuse of qualitative difference and dissociation paradigms, often deployed to identify measures of consciousness. It also examines the difficulties that attend the wide range of experimental protocols used to operationalise consciousness—and the implications this has on the findings of integrative approaches across behavioural and neurophysiological research. The work also explores the significant mismatch between the common intuitions about the content of consciousness, that motivate much of the current science, and the actual properties of the neural processes underlying sensory and cognitive phenomena. Even as it makes the negative eliminativist case, the strong empirical grounding in this volume also allows positive characterisations to be made about the products of the current science of consciousness, facilitating a re-identification of target phenomena and valid research questions for the mind sciences.​