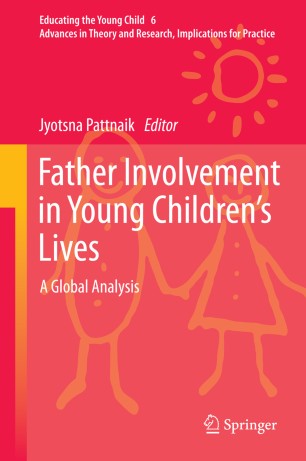 This vital addition to Springer’s ‘Educating the Young Child’ series addresses gaps in the literature on father involvement in the lives of young children, a topic with a fast-rising profile in today’s world of female breadwinners and single-parent households. While the significant body of theoretical understanding and empirical data accumulated in recent decades has done much to characterize the fluidity of evolving notions of fatherhood, the impact of this understanding on policy and legal frameworks has been uneven at an international level. In a field where groups of fathers were until recently marginalized in research, this book adopts a refreshingly inclusive attitude, aiming to motivate researchers to capture the nuanced practices of fathers in minority groups such as those who are homeless, gay, imprisoned, raising a disabled child, or from ethnically distinct backgrounds, including Mexican- and African-American fathers.

The volume includes chapters highlighting the unique challenges and possibilities of father involvement in their children’s early years of development. Contributing authors have integrated theories, research, policies, and programs on father involvement so as to attract readers with diverse interest and expertise, and material from selected countries in Asia, Australia, and Africa, as well as North America, evinces the international scope of their analysis. Their often interdisciplinary analyses draw, too, on historical and cultural legacies, even as they project a vision of the future in which fathers’ involvement in their young children’s lives develops alongside the changing political, economic and educational landscapes around the world.