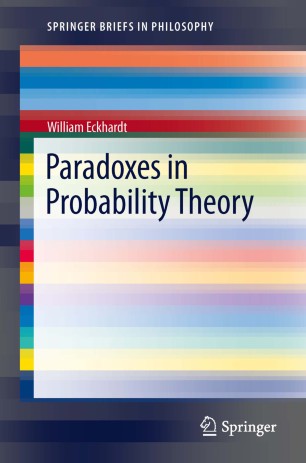 Paradoxes provide a vehicle for exposing misinterpretations and misapplications of accepted principles. This book discusses seven paradoxes surrounding probability theory.  Some remain the focus of controversy; others have allegedly been solved, however the accepted solutions are demonstrably incorrect. Each paradox is shown to rest on one or more fallacies.  Instead of the esoteric, idiosyncratic, and untested methods that have been brought to bear on these problems, the book invokes uncontroversial probability principles, acceptable both to frequentists and subjectivists. The philosophical disputation inspired by these paradoxes is shown to be misguided and unnecessary; for instance, startling claims concerning human destiny and the nature of reality are directly related to fallacious reasoning in a betting paradox, and a problem analyzed in philosophy journals is resolved by means of a computer program.​