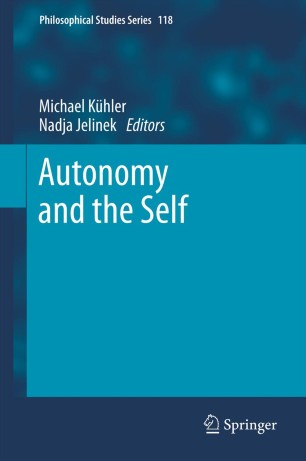 Autonomy and the Self

This volume addresses the complex interplay between the conditions of an agent’s personal autonomy and the constitution of her self in light of two influential background assumptions: a libertarian thesis according to which it is essential for personal autonomy to be able to choose freely how one’s self is shaped, on the one hand, and a line of thought following especially the seminal work of Harry Frankfurt according to which personal autonomy necessarily rests on an already sufficiently shaped self, on the other hand. Given this conceptual framework, a number of influential aspects within current debate can be addressed in a new and illuminating light: accordingly, the volume’s contributions range from 1) discussing fundamental conceptual interconnections between personal autonomy and freedom of the will, 2) addressing the exact role and understanding of different personal traits, e.g. Frankfurt’s notion of volitional necessities, commitments to norms and ideals, emotions, the phenomenon of weakness of will, and psychocorporeal aspects, 3) and finally taking into account social influences, which are discussed in terms of their ability to buttress, to weaken, or even to serve as necessary preconditions of personal autonomy and the forming of one’s self. The volume thus provides readers with an extensive and most up-to-date discussion of various influential strands of current philosophical debate on the topic. It is of equal interest to all those already engaged in the debate as well as to readers trying to get an up-to-date overview or looking for a textbook to use in courses.