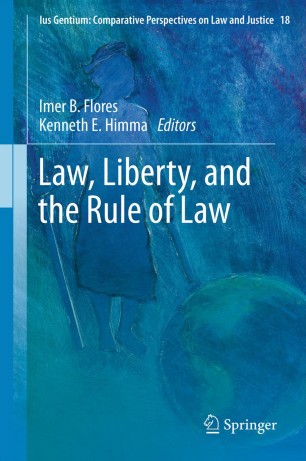 Law, Liberty, and the Rule of Law

In recent years, there has been a substantial increase in concern for the rule of law. Not only have there been a multitude of articles and books on the essence, nature, scope and limitation of the law, but citizens, elected officials, law enforcement officers and the judiciary have all been actively engaged in this debate. Thus, the concept of the rule of law is as multifaceted and contested as it’s ever been, and this book explores the essence of that concept, including its core principles, its rules, and the necessity of defining, or even redefining, the basic concept.

Law, Liberty, and the Rule of Law offers timely and unique insights on numerous themes relevant to the rule of law. It discusses in detail the proper scope and limitations of adjudication and legislation, including the challenges not only of limiting legislative and executive power via judicial review but also of restraining active judicial lawmaking while simultaneously guaranteeing an independent judiciary interested in maintaining a balance of power. It also addresses the relationship not only between the rule of law, human rights and separation of powers but also the rule of law, constitutionalism and democracy.