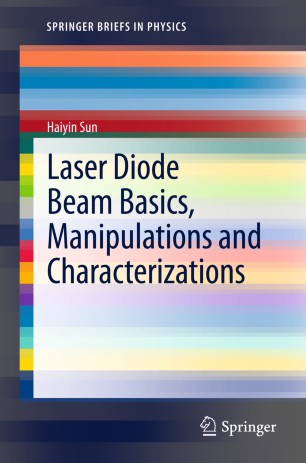 Haiyin Sun received a Ph.D. in applied science from the University of Arkansas, a M.S. in lasers and optics from Shanghai Institute of Optics and Fine Mechanics, Chinese Academy of Science (SIOFM), and a B.S. in physics from Shanghai Normal University. He has over twenty years industrial and academic experience in laser diode applications and characterizations, lens designs, mathematical modeling, project management etc.

He was the laser/optical engineer in the Laser Diode Module Department of Coherent Inc.; a silicon valley based laser manufacturer, and Power Technology Inc.; a major laser diode module manufacturer in USA. He was instrumental in establishing the catalog business for Coherent Inc. and then served as the optical product manager of the Catalog Department. He was a senior production manager with Oplink Communications Inc.; a silicon valley fiber optic module manufacturer, a scientist at SIOFM, and a visiting scientist at the Telecom Research Center of German Post. He was also an adjunct assistant professor of applied science at the University of Arkansas and served as an editorial board member for the Journal of Optical Communications (Germany). He is currently holding a leading optical engineer position with The Integrated Optics Division of L-3 Communications, where he is mainly involved in visible and IR optical system designs and developments.

Dr. Sun is the primary author of over thirty peer reviewed journal papers on lasers and optics, inventor of three US patents, and contributed a book chapter on laser parameter measurements to The Measurement, Instrumentation and Sensors Handbook published by CRC Press. Two of his research works on lasers were reported by Photonics Spectra and cited by CVI-Melles Griot Catalog, respectively.