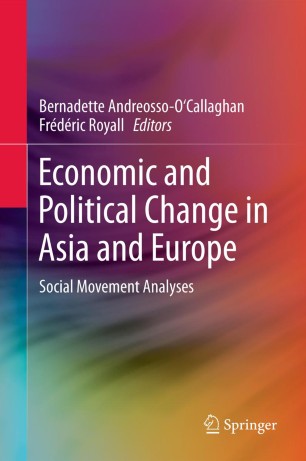 Economic and Political Change in Asia and Europe

Since the 1973 publication of Alain Peyrefitte’s prophetic When China Awakens, developments in East Asia have outstripped even the wildest predictions. China has undergone the fastest industrialization and urbanization process in history, yet tensions there are rising as some realize how far they have been left behind. This volume explores the applicability of European economic and social models to our analysis of East Asia’s and, in particular, China’s situation. Though millions of Chinese and other Asian people have been lifted out of poverty, inequality is rising nonetheless, and contemporary Europe and Asia are both witnessing collective action against rampant economic neoliberalism in the former and the exclusion of minorities in the latter.

It is difficult to overstate the relevance of this assessment, which seeks answers to some central questions: Can events in Europe serve as a model for those in East Asia? Are there similarities or differences between the two regions? To what extent do political, economic or social systems stimulate or inhibit collective action? How culturally equivalent are the collective actions of marginalized/ disadvantaged people in the two locations, or are events in Europe symptomatic of specific cultural attributes? Comparing and contrasting the research tools and dominant paradigms in the social and economic sciences in East Asia and Europe, as this volume does, throws out some revealing results.