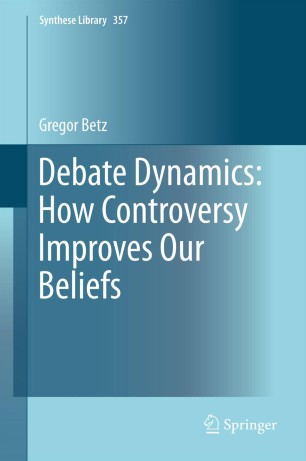 Is critical argumentation an effective way to overcome disagreement? And does the exchange of arguments bring opponents in a controversy closer to the truth? This study provides a new perspective on these pivotal questions. By means of multi-agent simulations, it investigates the truth- and consensus-conduciveness of controversial debates.

The book brings together research in formal epistemology and argumentation theory. Besides its consequences for discursive practice, the work may have important implications for philosophy of science and the way we construe scientific rationality, as well.

Gregor Betz is a Junior professor in Philosophy of Science at the Karlsruhe Institute of Technology. With a background in philosophy, mathematics and political sciences, he has held positions at Universität Stuttgart and Freie Universität Berlin. His research interests span philosophy of science, argumentation theory, applied ethics and the interpretation of classic philosophers.