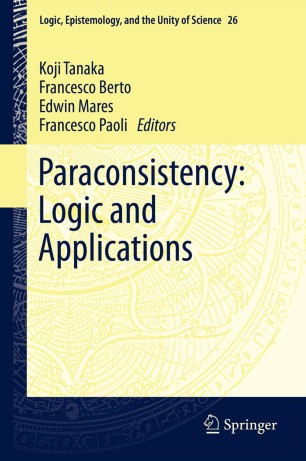 Part of the Logic, Epistemology, and the Unity of Science book series (LEUS, volume 26)

The book includes almost every major author currently working in the field. The papers are on the cutting edge of the literature some of which discuss current debates and others present important new ideas. The editors have avoided papers about technical details of paraconsistent logic, but instead concentrated upon works that discuss more "big picture" ideas. Different treatments of paradoxes takes centre stage in many of the papers, but also there are several papers on how to interpret paraconistent logic and some on how it can be applied to philosophy of mathematics, the philosophy of language, and metaphysics.