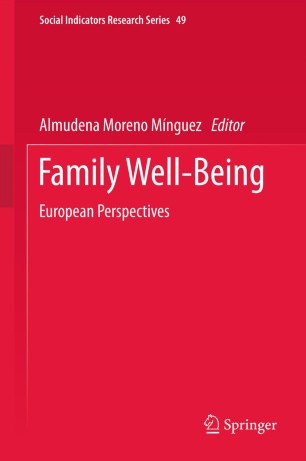 This ground-breaking work plugs a yawning gap in the methods developed by social scientists to measure ‘well-being’, which to date have not featured a targeted measure of this variable for family groups. As Southern European societies crack under the strain of austerity programs imposed as a response to the current financial crisis, measuring the well-being of families is becoming an ever more urgent task. The contributors call for the gathering of data on a more broad-based definition of the family that accounts for social changes in recent decades. These changes have been seismic, with dramatic increases in globalization, population aging, labor force restructuring, increases in participation by mothers in the labor force, and single-parent families. This greater diversity in family structure makes the proposals put forward here a welcome addition to the debate, advocating a more inclusive understanding of how various families are impacted by the influences of social change, and arguing that these indices are essential to guide research, policy development, resource allocation and social evaluation.

Almudena Moreno took a PhD in Sociology from the Universitat Autònoma de Barcelona in 2004 and is professor in sociology at the University of Valladolid. She specialised in family issues, welfare state, public policy and comparative research on gender. She has been visiting researcher at the universities of Oxford (United Kingdom), McGill (Canada), Göteborg (Sweden), Stirling (United Kingdom), Turin (Italy) and Chicago (EE.UU). Currently she is taking part in two European projects on equality policies on gender and youth. She is also a member in AREA, where she is developing her work as researcher in different European projects. Her research work has been recognized with the International Award for Young Sociologists, given by the International Sociological Association in 1998; an award of research given by the Fundación Acción Familiar, in 2004 and the extraordinary award of Ph.D. in 2006.

“The book is structured around four major parts, with a total of 14 chapters. … This book is highly recommended as required reading for a wide range of quality of life researchers, students as well as members of the government or non-government organizations. It can be taken as a reference book for researchers in this field of study. Its content in qualitative and quantitative data gives the volume a special strength.” (Marta Ortega Gaspar, Applied Research Quality Life, Vol. 9, 2014)
Buy options