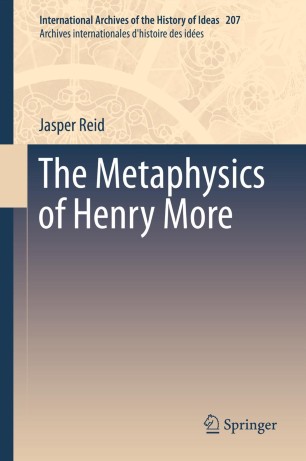 The Metaphysics of Henry More

From his correspondence with Descartes in the 1640s to his discussions with Isaac Newton in the 1680s, Henry More (1614–1687) was a central figure in seventeenth-century philosophy. Notwithstanding his occasional portrayal as a rather eccentric anachronism, excessively wedded to the Neoplatonism of the past, the fact is that he was involved in some of the most cutting-edge debates of the day, and engaged with most of the giants of that great age of geniuses. The present work takes More seriously as a subtle and systematic early-modern metaphysician. It explores his ideas in relation to those of his contemporaries, both friends and foes, while also taking care not to neglect his Neoplatonic heritage; but it also reveals just how original a thinker he was in his own right. Topics include More’s evolving conception of Hyle (or first matter); his account of the physical world, a world of atoms without void; his theory of immaterial extension, and the divine real space that underlay this world; his attitude to mechanical explanations in physics, and his preferred theory of the Spirit of Nature; his developing attitude to the notion of living matter; and his views on the life of the human soul, before as well as after its union with the human body.