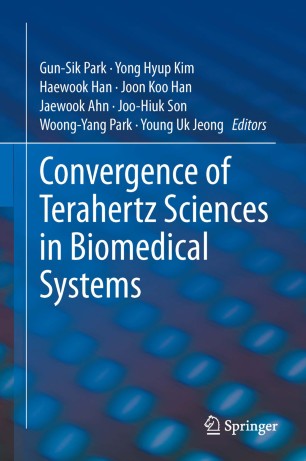 Recent technological breakthrough in the field of Terahertz radiation has triggered new applications in biology and biomedicine. Particularly, biological applications are based on the specific spectroscopic fingerprints of biological matter in this spectral region. Historically with the discovery of new electromagnetic wave spectrum, we have always discovered new medical diagnostic imaging systems. The use of terahertz wave was not realized due to the absence of useful terahertz sources. Now after successful generation of THz waves, it is reported that a great potential for THz wave exists for its resonance with bio-molecules.

There are many challenging issues such as development of THz passive and active instrumentations, understanding of THz-Bio interaction for THz spectroscopy, THz-Bio nonlinear phenomena and safety guideline, and THz imaging systems. Eventually the deeper understanding of THz-Bio interaction and novel THz systems enable us to develop powerful THz biomedical imaging systems which can contribute to biomedical industry.

This is a truly interdisciplinary field and convergence technology where the communication between different disciplines is the most challenging issue for the success of the great works. One of the first steps to promote the communications in this convergence technology would be teaching the basics of these different fields to the researchers in a plain language with the help of Convergence of Terahertz Science in Biomedical Systems which is considered to be 3-4th year college students or beginning level of graduate students. Therefore, this type of book can be used by many people who want to enter or understand this field. Even more it can be used for teaching in universities or research institutions.

Gun-Sik Park received the B.S. degree in physics education from Seoul National University in Korea and the Ph.D degree in physics from the University of Maryland, College Park, MD, in 1978 and 1989, respectively. During 1987-1995 , he worked at Naval Research Laboratory, Washington, DC through mega-P, Inc. In 1995, he joined Seoul National University and currently is a Professor in the Department of Physics and Astronomy, and also jointly with the Department of Electrical Engineering at Seoul National University. He leads the Center for THz-Bio Application Systems(2009-2018) at Seoul National University supported by the Ministry of Education, Science and Technology of Korea as a Director. His service to journal editor includes Journal of Korean Physical Society (JKPS), Journal of New Physics, and electronic journal of THz Science and Technology. He serves as a topical editor for IEEE Trans. on THz Science and Technology. He serves as a technical committee member of IEEE Electron Devices Society in Vacuum Electronics since 1999. He was a conference chair for 4th IEEE International Vacuum Electronics Conference in 2003 held in Korea and is a co-chair for 34th International Conference on Infrared, Millimeter, and Terahertz Waves in 2009 held in Korea. He is the author of over 100 journal publications in the areas of high power microwaves to terahertz waves. Dr. Park is a member of the IEEE.