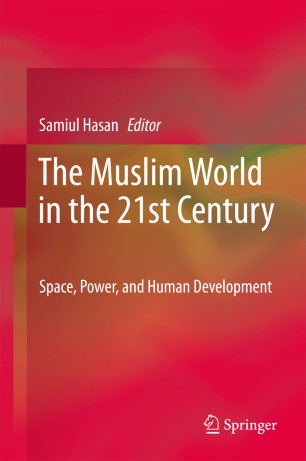 The Muslim World in the 21st Century

Islam is not only a religion, but also a culture, tradition, and civilization. There are currently 1.5 billion people in the world who identify themselves as Muslim. Two thirds of the worldwide Muslim population, i.e. approximately a billion people, live in forty-eight Muslim majority countries (MMC) in the world– all of which except one are in Africa and Asia. Of these MMCs in Africa and Asia, only twelve (inhabited by about 165 million people) have ever achieved a high score on the Human Development Index (HDI), the index that measures life expectancy at birth, education and standard of living and ranks how "developed" a country is. This means that the majority of the world's Muslim population lives in poverty with low or medium level of human development.

The contributions to this innovative volume attempt to determine why this is. They explore the influence of environment, space, and power on human development. The result is a complex, interdisciplinary study of all MMCs in Africa and Asia.  It offers new insights into the current state of the Muslim World, and provides a theoretical framework for studying human development from an interdisciplinary social, cultural, economic, environmental, political, and religious perspective, which will be applicable to regional and cultural studies of space and power in other regions of the world.