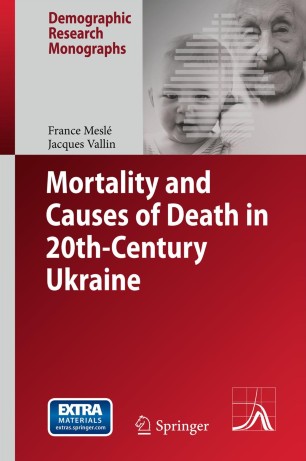 Mortality and Causes of Death in 20th-Century Ukraine

The Ukraine faced two very different kinds of health crises during the twentieth century. First, in the 1930s and 1940s, famine, war and political upheaval caused massive population losses. Previous evaluations of overall losses have given an idea of the scale of these catastrophes but do not distinguish between crisis mortality, birth shortfall and loss through emigration. Based on a painstaking work of reconstitution, this study is the first to provide a detailed estimation of the hecatomb in terms of number of deaths and life expectancy. The famine of 1933 was alone responsible for the deaths of 2.6 million Ukrainians and reduced male and female life expectancies to 7 and 11 years respectively. Once the crises of the 1930s and 1940s were over, the earlier trend in health resumed and mortality declined steadily until the 1960s. At this point, however, a new type of crisis appeared that caused a sustained reversal in the existing trends. Life expectancy for women stopped increasing altogether, while that for men began a relentless year on year regression. Notwithstanding the confusing picture created by the fluctuations of the 1980s and 1990s, the long-term trend is to further deterioration. To understand the factors involved, this study analyses in detail the combined effects of different causes of death at different ages.​