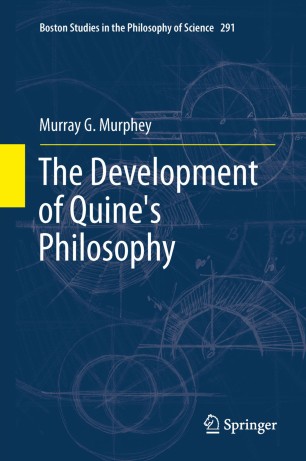 The Development of Quine's Philosophy

Part of the Boston Studies in the Philosophy and History of Science book series (BSPS, volume 291)

This book covers W. V. Quine's philosophic career from his early radical empiricism and behaviorism through his development of a series of skeptical doctrines regarding meaning, reference, and science. It explains what problems he tried to solve and what his solutions were. Resulting ina series of highly controversial claims that have won him international fame. His work is still a center of controversy and has lead to an enormous literature of commentary.