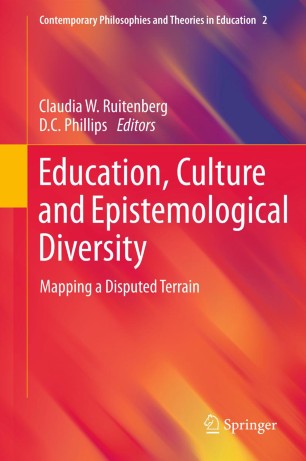 Part of the Contemporary Philosophies and Theories in Education book series (COPT, volume 2)

In the recent educational research literature, it has been asserted that ethnic or cultural groups have their own distinctive epistemologies, and that these have been given short shrift by the dominant social group.  Educational research, then, is pursued within a framework that embodies assumptions about knowledge and knowledge production that reflect the interests and historical traditions of this dominant group. In such arguments, however, some relevant philosophical issues remain unresolved, such as what claims about culturally distinctive epistemologies mean, precisely, and how they relate to traditional epistemological distinctions between beliefs and knowledge. Furthermore, can these ways of establishing knowledge stand up to critical scrutiny? This volume marshals a variety of resources to pursue such open questions in a lively and accessible way: a critical literature review, analyses from philosophers of education who have different positions on the key issues, a roundtable discussion, and interactions between the two editors, who sometimes disagree. It also employs the work of prominent feminist epistemologists who have investigated parallel issues with sophistication. This volume does not settle the question of culturally distinctive epistemologies, but teases out the various philosophical, sociological and political aspects of the issue so that the debate can continue with greater clarity.