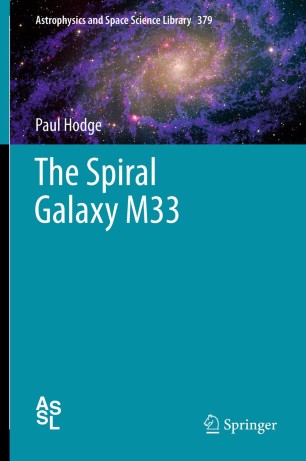 This book summarizes the gathering of information on and the growing understanding of M33 from the 1920s, when Hubble first determined its true nature, to the 21st century, when the Hubble Telescope probed deeply into its many secrets. With its regular symmetrical spiral structure, and its being not tilted too much and near enough to allow detailed studies of its stars, M33 is well-suited for the study of a typical spiral galaxy.
In this work, Paul Hodge places current research on M33 (and similar galaxies) in both historical and global perspectives. The book is written in a language accessible for specialists and non-specialists, for professional and amateur astronomers, for scientists and the curious public and, most importantly, for students.