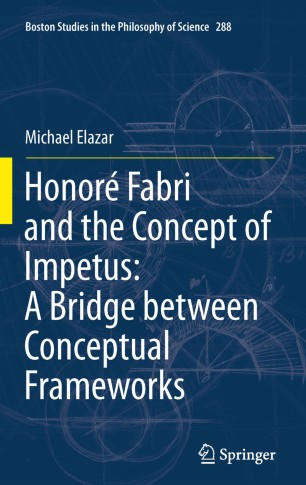 Honoré Fabri and the Concept of Impetus: A Bridge between Paradigms

Part of the Boston Studies in the Philosophy of Science book series (BSPS, volume 288)

This book discusses the impetus-based physics of the Jesuit natural philosopher and mathematician Honoré Fabri (1608-1688), a senior representative of Jesuit scientists during the period between Galileo's death (1642) and Newton's Principia (1687). It shows how Fabri, while remaining loyal to a general Aristotelian outlook, managed to reinterpret the old concept of “impetus” in such a way as to assimilate into his physics building blocks of modern science, like Galileo’s law of fall and Descartes’ principle of inertia. This account of Fabri’s theory is a novel one, since his physics is commonly considered as a dogmatic rejection of the New Science, not essentially different from the medieval impetus theory. This book shows how New Science principles were taught in Jesuit Colleges in the 1640s, thus depicting the sophisticated manner in which new ideas were settling within the lion’s den of Catholic education.