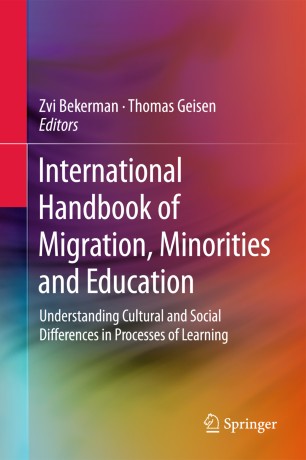 Understanding Cultural and Social Differences in Processes of Learning

Migrants and minorities are always at risk of being caught in essentialized cultural definitions and being denied the right to express their cultural preferences because they are perceived as threats to social cohesion. Migrants and minorities respond to these difficulties in multiple ways — as active agents in the pedagogical, political, social, and scientific processes that position them in this or that cultural sphere. On the one hand, they reject ascribed cultural attributes while striving towards integration in a variety of social spheres, e.g. school and workplace, in order to achieve social mobility. On the other hand, they articulate demands for cultural self-determination. This discursive duality is met with suspicion by the majority culture. For societies with high levels of migration or with substantial minority cultures, questions related to the meaning of cultural heterogeneity and the social and cultural limits of learning and communication (e.g. migration education or critical multiculturalism) are very important. It is precisely here where the chances for new beginnings and new trials become of great importance for educational theorizing, which urgently needs to find answers to current questions about individual freedom, community/cultural affiliations, and social and democratic cohesion. Answers to these questions must account for both ‘political’ and ‘learning’ perspectives at the macro, mezzo, and micro contextual levels. The contributions of this edited volume enhance the knowledge in the field of migrant/minority education, with a special emphasis on the meaning of culture and social learning for educational processes.

Zvi Bekerman, teaches anthropology of education at the School of Education and the Melton Center, at the Hebrew University of Jerusalem. From 2003 to 2007 he was a Research Fellow at the Truman Institute for the Advancement of Peace, Hebrew University. His main interests are in the study of cultural, ethnic and national identity, including identity processes and negotiation during intercultural encounters and in formal/informal learning contexts. Since 1999 he has been conducting, with the support of the Ford, Spencer and Bernard Van Leer Foundations, a long term ethnographic research project on the integrated/bilingual Palestinian-Jewish schools in Israel. He has also recently become involved in the study of identity construction and development in educational computer-mediated environments. In brief, his interests lie in human learning processes, their development and practice, both in formal/informal and real/virtual environments; processes which, from the socio-historical perspectives within which he has been raised and from which he continues to learn, comprise a large portion of human activity. He has published numerous papers in these fields of study and is the editor (with Seonaigh MacPherson) of the refereed journal Diaspora, Indigenous, and Minority Education: An International Journal (Taylor & Francis, 2007). His recently published books include (edited with Nicholas Burbules and Diana Keller Silverman) Learning in Places: The Informal Education Reader (Peter Lang, 2006); (with Claire McGlynn) Addressing Ethnic Conflict through Peace Education: International Perspectives (Palgrave McMillan, 2007); (with Ezra Kopelowitz) Cultural Education-Cultural Sustainability: Minority, Diaspora, Indigenous and Ethno-Religious Groups in Multicultural Societies (Routledge Education – LEA, 2008) and (with Diana Silberman-Keller, Henry A. Giroux, and Nicholas Burbules) Mirror Images: Popular Culture and Education (Peter Lang – 2008).