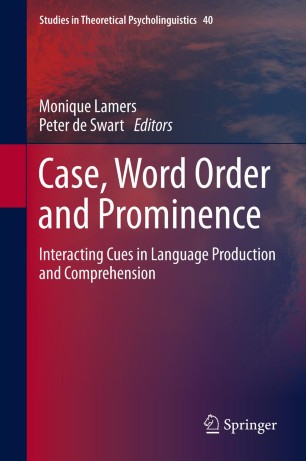 Language users access an array of information during the construction and interpretation of utterances, including grammatical rules and situational knowledge. The argument structure of verbs, which establishes the syntactic and semantic relationships between arguments, plays a key role in this process. This book reviews recent psycholinguistic and theoretical investigations into the interplay between structural syntactic relations and role semantics. It focuses on the interaction of case marking and word order with semantic prominence features, such as animacy, addressing the interaction of these different sorts of information from theoretical, time-insensitive and incremental perspectives or a combination thereof. Taking a broad cross-linguistic perspective, this book offers an interdisciplinary discussion of the interaction of case, word order and prominence with argument structure, and their effects on argument realization and interpretation in language.