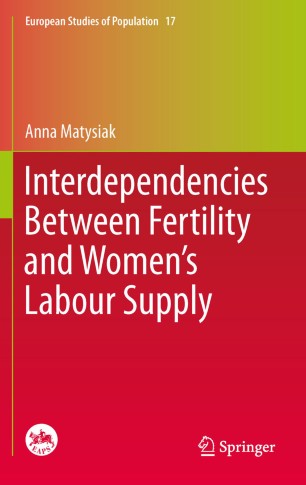 The book explores interlinkages between women’s employment and fertility at both a macro- and a micro-level in EU member states, Norway and Switzerland. Similarly as many other studies on the topic, it refers to the cross-country variation in the macro-context for explaining  cross-country differences in women’s labour supply and fertility levels. However, in contrast to other studies, which mainly focus on Western Europe, it extends the discussion to Central and Eastern European countries. Furthermore, it looks at the macro-context from a multi-dimensional perspective, indicating its four dimensions as relevant for fertility and women’s employment choices: economic (living standards), institutional (family policies), structural (labour market structures), and cultural (social norms). A unique feature of the study is the development of indices that measure the intensity of institutional, structural, and cultural incompatibilities between women’s employment and fertility. These indices are used for ranking European countries from the perspective of the country-specific conditions for work and family reconciliation. A country where these conditions are the worst, but where women are additionally perceived as important income providers, is picked up for an in-depth empirical study of the interrelationship between fertility and women’s employment choices.

Finally, against the review of theoretical concepts predominantly used for studying interdependencies between fertility and women’s labour supply the book assesses the micro-level empirical studies available on the topic and proposes an analytical approach for modelling the two variables. Thereby, it also contributes to methodological developments in the field.