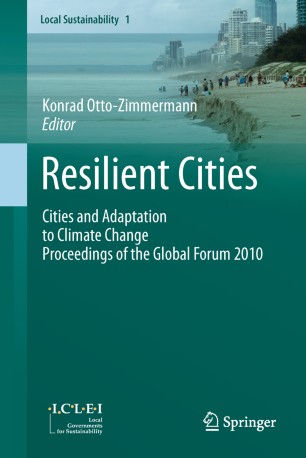 Even with significant reductions of greenhouse gas emissions, a certain degree of climate change will inevitably occur. Adapting to climate change, then, will become a necessary step in reducing the vulnerability of many regions across the globe. This is especially true for urban areas where climate change has been shown to have particularly destabilizing effects. Through the identification and analysis of the most relevant impacts facing urban areas, this book makes clear the need to incorporate climate change concerns into the mainstream of local planning, governance and policy making practices. Adaptation as a workable concept within urban areas cannot be treated in isolation from the many pre-existing challenges facing cities. By offering numerous examples of ongoing adaptation programs and strategies across a wide range of contexts, the authors show the growing potential of cities in the fight against climate change.

This book has its origins in a collection of papers originally presented at the Resilient Cities 2010 Congress in Bonn, Germany (May 2010), the first global forum on cities and adaptation to climate change, convened by ICLEI – Local Governments for Sustainability.  In this volume, the first in a new series dedicated to this annual event, a range of contributors bring their perspectives to bear on the most pressing issues and controversies surrounding adaptation to climate change within cities. These writings will prove invaluable to anyone interested in understanding and confronting climate change at the local level.