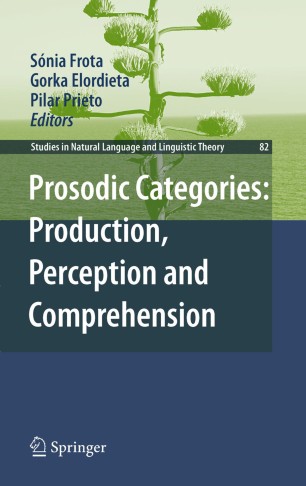 Located at the intersection of phonology, psycholinguistics and phonetics, this volume offers the latest research findings in key areas of prosodic theory, including:

Featuring new data and ground-breaking results, the papers draw on empirical approaches that analyze production, perception and comprehension experiments such as the prepared speech paradigm and semantic scaling tasks. These are discussed in a variety of languages, some underrepresented in the literature (such as French and Estonian) while others, such as Shekgalagari, are examined in this way for the first time. This collection of cutting-edge material will be of interest to a broad range of language researchers.