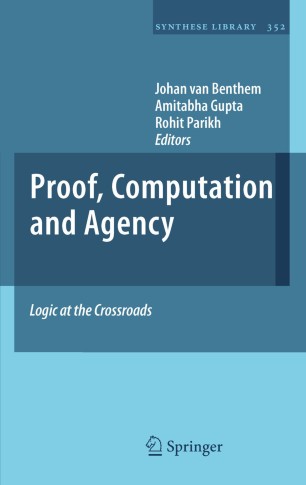 Logic at the Crossroads

Proof, Computation and Agency: Logic at the Crossroads provides an overview of modern logic and its relationship with other disciplines. As a highlight, several articles pursue an inspiring paradigm called 'social software', which studies patterns of social interaction using techniques from logic and computer science. The book also demonstrates how logic can join forces with game theory and social choice theory. A second main line is the logic-language-cognition connection, where the articles collected here bring several fresh perspectives. Finally, the book takes up Indian logic and its connections with epistemology and the philosophy of science, showing how these topics run naturally into each other.