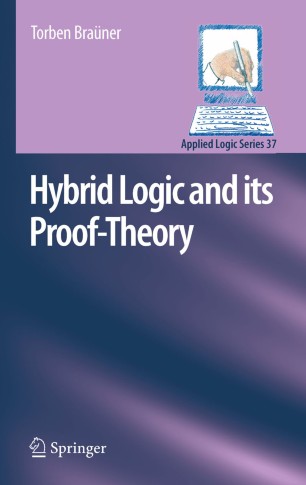 Hybrid Logic and its Proof-Theory

This is the first book-length treatment of hybrid logic and its proof-theory. Hybrid logic is an extension of ordinary modal logic which allows explicit reference to individual points in a model (where the points represent times, possible worlds, states in a computer, or something else). This is useful for many applications, for example when reasoning about time one often wants to formulate a series of statements about what happens at specific times. There is little consensus about proof-theory for ordinary modal logic. Many modal-logical proof systems lack important properties and the relationships between proof systems for different modal logics are often unclear. In the present book we demonstrate that hybrid-logical proof-theory remedies these deficiencies by giving a spectrum of well-behaved proof systems (natural deduction, Gentzen, tableau, and axiom systems) for a spectrum of different hybrid logics (propositional, first-order, intensional first-order, and intuitionistic).