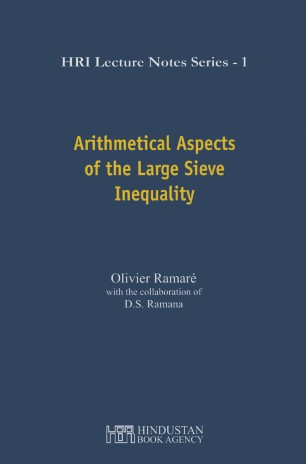 This book is an elaboration of a series of lectures given at the Harish-Chandra Research Institute. The reader will be taken through a journey on the arithmetical sides of the large sieve inequality when applied to the Farey dissection. This will reveal connections between this inequality, the Selberg sieve and other less used notions like pseudo-characters and the $\Lambda_Q$-function, as well as extend these theories. One of the leading themes of these notes is the notion of so-called\emph{local models} that throws a unifying light on the subject. As examples and applications, the authors present, among other things, an extension of the Brun-Tichmarsh Theorem, a new proof of Linnik's Theorem on quadratic residues and an equally novel one of the Vinogradov three primes Theorem; the authors also consider the problem of small prime gaps, of sums of two squarefree numbers and several other ones, some of them being new, like a sharp upper bound for the number of twin primes $p$ that are such that $p+1$ is squarefree. In the end the problem of equality in the large sieve inequality is considered and several results in this area are also proved.