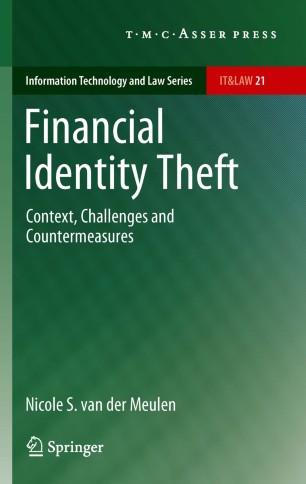 When identity theft first emerged as a problem of public policy in the United States, during the last decade of the twentieth century, the rest of the world was still fast asleep. This changed several years later as other countries awakened to similar problems and a sense of potential urgency surrounding the topic of identity theft began to spread. Identity theft, especially as a result of developments in digital technology, became a threat worthy of social and political attention. With its (gradual) spread the need increases to understand how identity theft occurs and how perpetrators of the crime manage to take advantage of developments within contemporary society. For such an understanding it is vital to assess the effectiveness of current countermeasures and introduce innovative ones.

This book provides such an understanding through an in-depth comparative analysis which illustrates how and to what extent states, financial service providers, consumers, and others facilitate the occurrence of financial identity theft in the United States and the Netherlands. Its comprehensive and interdisciplinary approach makes the book essential background reading for policy makers and scholars in Information Technology, Criminology and Public policy to develop strategies for the fight against identity theft.