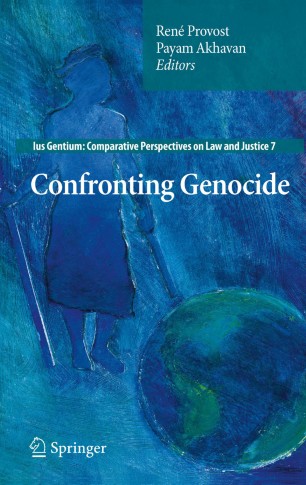 “Never again” stands as one the central pledges of the international community following the end of the Second World War, upon full realization of the massive scale of the Nazi extermination programme. Genocide stands as an intolerable assault on a sense of common humanity embodied in the Universal Declaration of Human Rights and other fundamental international instruments, including the Convention on the Prevention and Punishment of the Crime of Genocide and the United Nations Charter. And yet, since the Second World War, the international community has proven incapable of effectively preventing the occurrence of more genocides in places like Cambodia, Yugoslavia, Rwanda and Sudan. Is genocide actually preventable, or is “ever again” a more accurate catchphrase to capture the reality of this phenomenon? The essays in this volume explore the complex nature of genocide and the relative promise of various avenues identified by the international community to attempt to put a definitive end to its occurrence. Essays focus on a conceptualization of genocide as a social and political phenomenon, on the identification of key actors (Governments, international institutions, the media, civil society, individuals), and on an exploration of the relative promise of different means to prevent genocide (criminal accountability, civil disobedience, shaming, intervention). The essays grew out of the first Echenberg Family Conference on Human Rights at the McGill Centre for Human Rights and Legal Pluralism in Montréal, Canada.