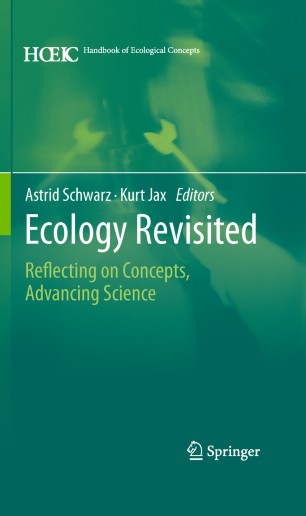 As concerns about humankind’s relationship with the environment move inexorably up the agenda, this volume tells the story of the history of the concept of ecology itself and adds much to the historical and philosophical debate over this multifaceted discipline. The text provides readers with an overview of the theoretical, institutional and historical formation of ecological knowledge. The varied local conditions of early ecology are considered in detail, while epistemological problems that lie on the borders of ecology, such as disunity and complexity, are discussed. The book traces the various phases of the history of the concept of ecology itself, from its 19th century origins and antecedents, through the emergence of the environmental movement in the later 20th century, to the future, and how ecology might be located in the environmental science framework of the 21st century.

The study of ‘ecological’ phenomena has never been confined solely to the work of researchers who consider themselves ecologists. It is rather a field of knowledge in which a plurality of practices, concepts and theories are developed. Thus, there exist numerous disciplinary subdivisions and research programmes within the field, the boundaries of which remain blurred. As a consequence, the deliberation to adequately identify the ecological field of knowledge, its epistemic and institutional setting, is still going on. This will be of central importance not only in locating ecology in the frame of 21st century environmental sciences but also for a better understanding of how nature and culture are intertwined in debates about pressing problems, such as climate change, the protection of species diversity, or the management of renewable resources.